Methanol is a basic, one-carbon molecule that enables an almost countless number of chemical processes. Made mostly from natural gas, it is at the trailhead of hundreds of value-chain pathways that lead through the realms of petrochemicals, alkalis, thiols, and life sciences chemicals, eventually leading to critical applications that modern society demands. Accordingly, methanol is a strategic chemical for a vast array of petrochemical industry participants.

The major uses for methanol are depicted in the table below. This is only a partial listing, with many smaller derivatives that comprise the balance, although the major groupings are listed. The versatility of methanol and its derivatives becomes evident from this list, as it indicates that many commercial pathways leading to modern-day consumer goods rely on the existence of methanol. Methanol has also been used as an "alternative fuel." In Europe, methanol is used in the production of biodiesel, which can replace refinery based diesel for use in transportation. And in China, methanol is used directly as a blending component of gasoline, driven by the need to extend the octane pool in that country, and also due to economic feasibility as high crude oil and gasoline prices have encouraged the use of less costly methanol. Methanol has also been considered for direct combustion in combined cycle power generation facilities.

There is also significant commercialization effort underway in two developmental uses for methanol: fuel cells and methanol-to-olefins (MTO or GTO - gas to olefins). Fuel cells can utilize the hydrogen molecules of methanol (as well as other fuels) to create electricity (and water). MTO/GTO utilizes methanol as an intermediary step in the production of olefins and their derivatives (ethylene, propylene, polyethylene, polypropylene). All of these "alternative fuel" uses for methanol have significant hurdles in their commercialization, but high potential demand. 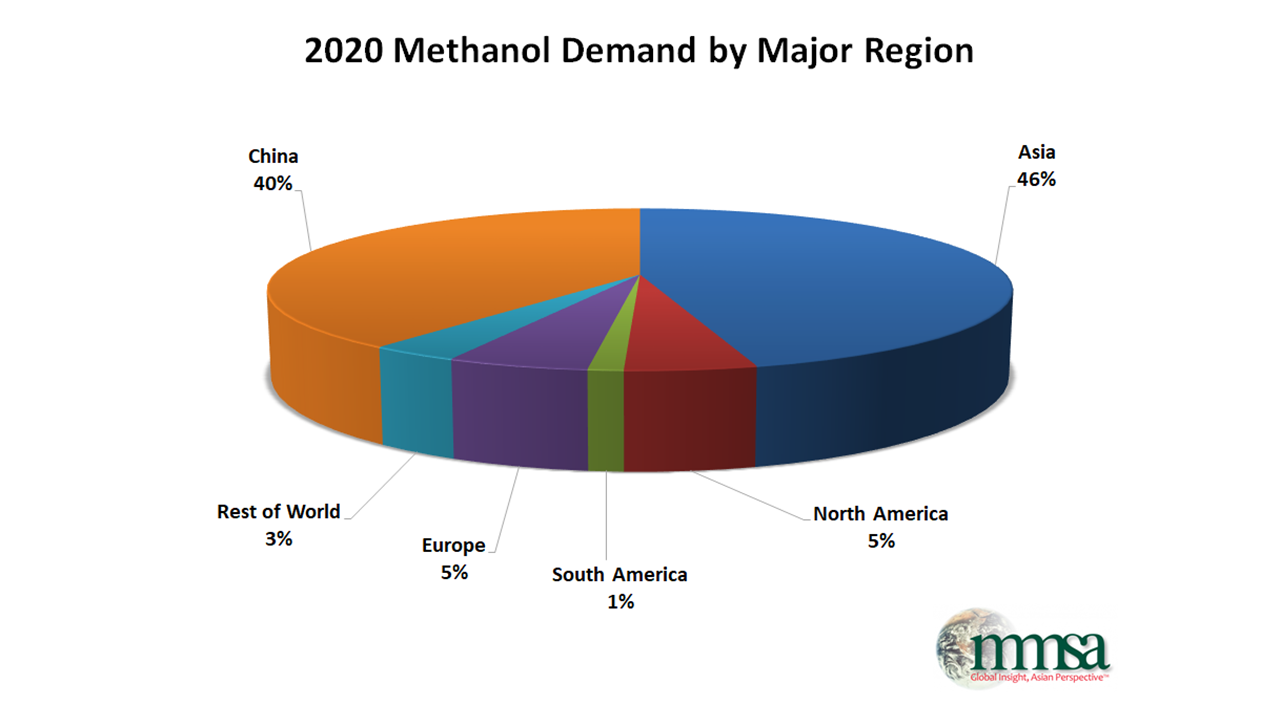 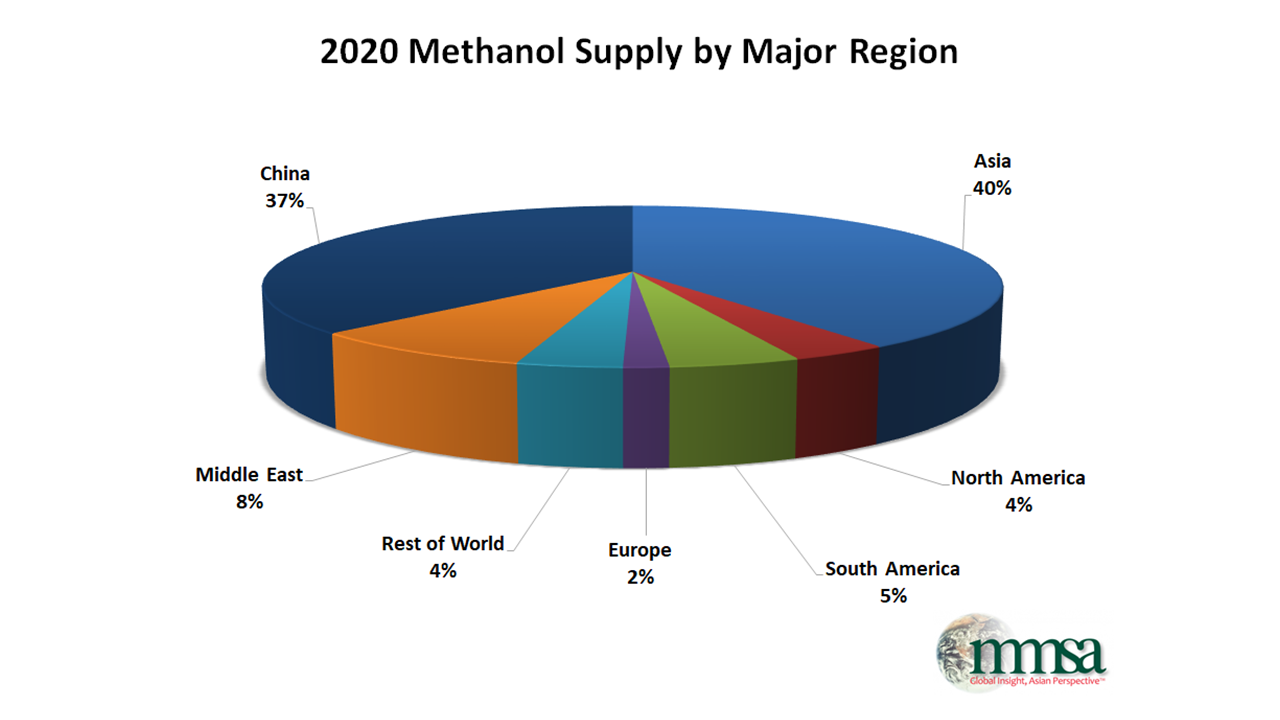 Methanol is made from synthesis gas (syngas), which itself is the product of hydrocarbon-rich material that has been heated in the presence of metal catalysts. Almost exclusively, that hydrocarbon is natural gas (methane). However in China, a large amount of production capacity uses coal as the source of hydrocarbons. Therefore, a discussion of natural gas based and coal based methanol production processes is merited.

Coal is the only other significant commercial feedstock for methanol production, and its use is concentrated in coal-rich China. The production of syngas from coal has been a commercial reality since the 1920's. The process also follows the three main steps of the natural gas process.

Significant detail regarding methanol production processes, including reformer technologies and comparative natural gas versus coal economics, can be found in the Process and Economics Overview section (Chapter VI) of the Methanol and Derivatives Analysis.